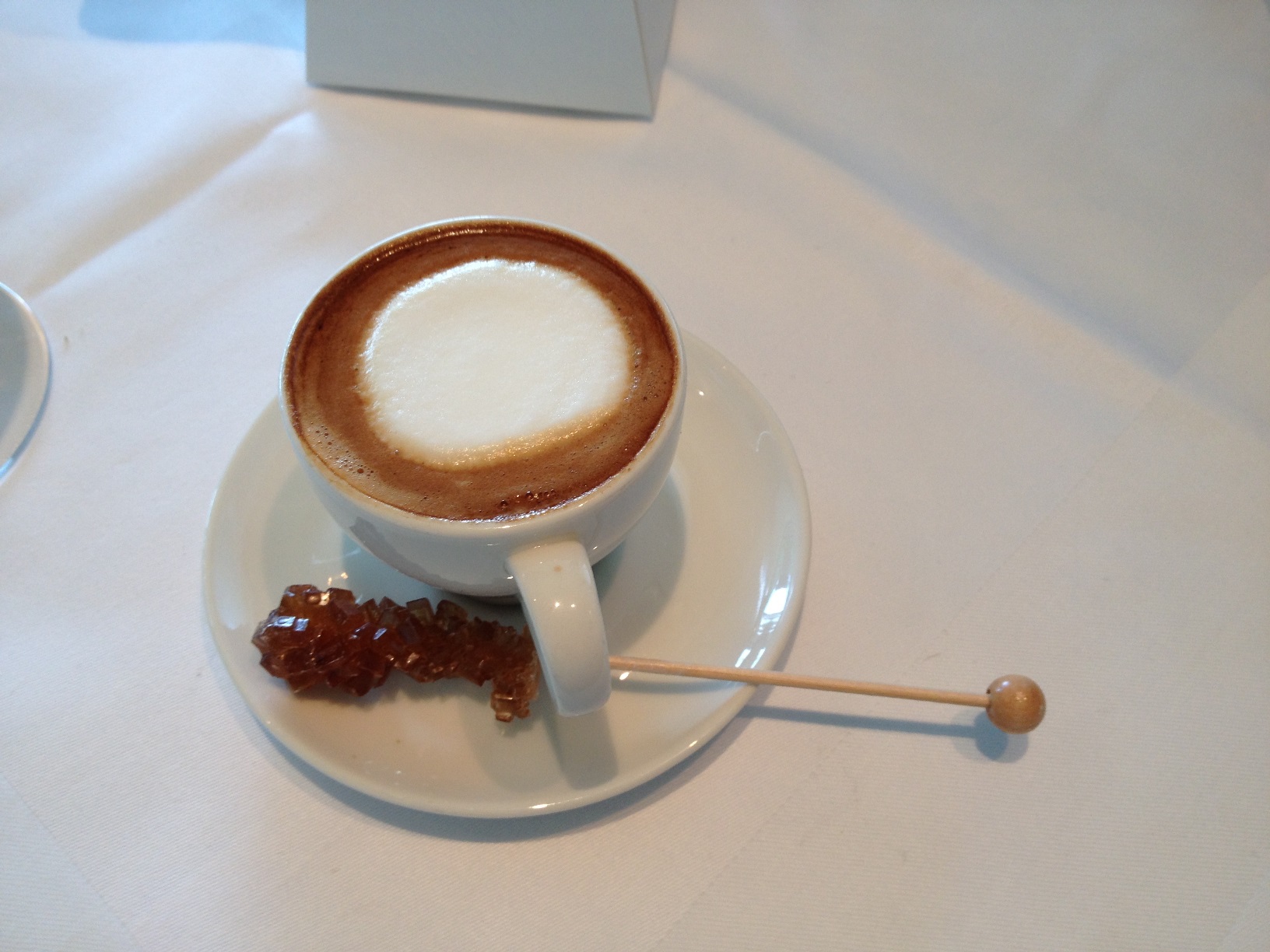 Last time, I wrote a few lines about the latest Booker prize winner; this week it’s another writer who might, one day, find himself in the frame.

Karl Ove Knausgaard is a Norwegian author who has become something of a literary sensation. His My Struggle series, a cycle of novels that appears to take the author’s own autobiography as its subject, is being translated into English by Don Bartlett, who is also responsible for the Harry Hole series.

Both have proved runaway successes.

When Knausgaard’s novels were first published in Norway, I read to my amusement, employers were obliged to hold “Knausgaard free days” where workers were forbidden from discussing the author’s books. If the cycle hasn’t found quite that acclaim in the UK, there are nevertheless thousands of people eagerly anticipating the translation of the fifth book.

I have just finished reading the first. It’s almost impossible to say why it’s so good. At times it is very dull, but somehow mesmerisingly so. How many books have you read that narrate an underage expedition to buy beer over sixty pages? Hmmm. Thought not.

Knausgaard leaves the reader feeling intrigued by the minutiae of everyday life, details we should be so familiar with that to see them on the page ought not to inspire feelings of devotion. But somehow they do. The book resonates on almost every level, whether it’s the author losing his father as an adult or trying desperately to fit in as a teenager.

Quite simply, it’s life in a book, warts and all. Roll on part two.

I haven’t read any novels by the latest Booker Prize winner, Hungarian author Laszlo Krasznahorkai, but I found myself singing his praises as I settled down this morning to read my newspaper.

The reason was simple: in the course of accepting his award, he made a point of explicitly thanking his various translators. Now, this may not seem especially noteworthy, but, as someone who has worked as a translator in the past, I can assure you that it is all too rare.

Given that the British public is currently enjoying an unprecedented love affair with translated European (crime) fiction, one might think that translators would be mentioned more frequently in dispatches. More often than not, however, they are accorded little more than a line or two in reviews.

Even this is no guarantee. Perusing a second-hand bookshop last week, I was astonished to discover that a translated work of Thomas Mann – Thomas Mann! – didn’t even say who the translator was. Having struggled to get to grips with Mann in the original German, I am aware of the enormous difficulty that exists in rendering his work satisfactorily in English. To remain uncredited for what must have been an enormously challenging and time-consuming task seems particularly negligent. The sentences that appear in English are not Thomas Mann’s, after all: they are the translator’s.

Which brings me back to Laszlo Krasznahorkai.

To acknowledge the hard work of his translators is a rare thing; to thank them publicly for their it practically unheard of.

Let’s hope it’s the start of a new literary trend.

It can sometimes be hard to shake off one’s preconceptions of something.

Where I obtained this information, I am not sure. I don’t watch Top Gear – at the time of writing no-one does – but I can’t help but feel that this programme (or more likely, the views of one of its presenters) somehow informed my view of electric mobility.

What a nice surprise, then, to have these initial perceptions completely overturned.

Last summer I spent no more than 15 minutes as a passenger in a Tesla Roadster. Perhaps it was the fact that the top was down, or that it was a beautiful May evening (there may even have been a beer or two involved). Whatever: the Roadster can move. I remember not only the wind in my hair, but the slightly anxious feeling in my stomach (I am not a born adventurer, even after alcohol consumption). We were travelling fast – but the most amazing thing was that we barely made a sound. Almost a year later, I still don’t really understand how all that acceleration could have been quite so silent.

As for range, during the same May weekend I had the privilege of hitching a ride in a world-record breaking vehicle: Metron 7, a converted Mazda 5. Barely six months after it transported me around southern Germany, Andrej and Jasna’s creation had travelled a whopping 726 kilometres on a single charge, all the way from Bled to Dubrovnik (for a fuller account, check out www.capscovil.com). An amazing achievement, and one that deserves to hold the world record for years to come.

But don’t take my word for it (writers can be an unreliable bunch); get out and see for yourself!

I’m not sure what it is about writers’ routines that fascinates me, only that whenever I chance upon them I am eager to discover more.

The same goes for the concept of writers’ block. Does it exist? Or is it a by-product of a lack of routine?

I started turning these questions over in my head at some point last week when I was reading a book by crime writer Lawrence Block. The book was a reissue and contained a three-page introduction by the author himself.

Now, Mr Block does not exactly deal in high literature but his books are nevertheless fast, funny and well put-together. Therefore, I was amazed to read that at the time of writing the novel had found its way into my possession, Mr Block had been in the habit of producing a book every month.

A book every month?

But then again, I asked myself, would it be so hard?

But then what choice did he have? With a name like Block, people might have started to make assumptions.

The fact that I am writing a post about New Year’s resolutions on the 5th rather than the 1st of January should tell you everything you need to know.

Like many people, I awoke last Thursday morning with a sore head, nursing a thousand promises I knew I could never keep. The first of these, of course, was to write more; the second to drink less. Already I have fallen foul of both of these simple directives (even if I could cite various mitigating factors in my defence).

Still, every cloud has a silver lining: though I have failed to keep to my resolutions, I have, nevertheless, had cause to think about why.

The reason for my failure, I think, is straightforward enough. Simply, I had unrealistic expectations of myself. After all, why make ten resolutions if you know you are only going to keep one?

Since I decided some time last week that it was OK to make a single resolution, things have become far easier.

My goal for 2015? To make better use of my time on the commute to work.

As I write, I am sitting on a crowded train.

Probably that means nothing to you, but to me it feels like the start of something new.

Two weeks ago I asked whether meeting the characters from PBH lived up to my expectations. Upon reflection, I have to say that I’m not entirely sure what my expectations were.

I thought it would be strange, for sure. Not only for me but for those I was meeting as well. How much, I wonder, did WAVE participants know about what was going on in London and Glonn between September 2013 and May 2014?

Not a great deal, I would venture. But they knew that someone was writing a book in which they would feature. How did that feel? Were they as nervous about meeting me as I was about meeting them?

Not that I could make out.

Truth is, I probably wasn’t their top priority. Now, don’t get me wrong: everyone was polite, friendly and extremely generous with their time. But for all the bonhomie, I sensed that behind the mask there lay a real seriousness of purpose.

Why? Because, quite simply, WAVE is hard work. It requires patience, stamina and a huge amount of planning.

Moreover, those participating are engaged in struggle that is arguably far more significant: that is, to overcome the general public’s preconceptions about electric mobility.

The greatest compliment I can pay to all those I met is that for one weekend in May I felt like I was part of the same struggle.

And that, I can quite honestly say, is something I did not expect.